Most shipping is done on Mondays and Tuesdays to try to prevent plugs from sitting in a warehouse or on a truck over the weekend.  Since we ship from the middle of the US, we are able to reach both coasts by Friday.

Where it Will Grow Map 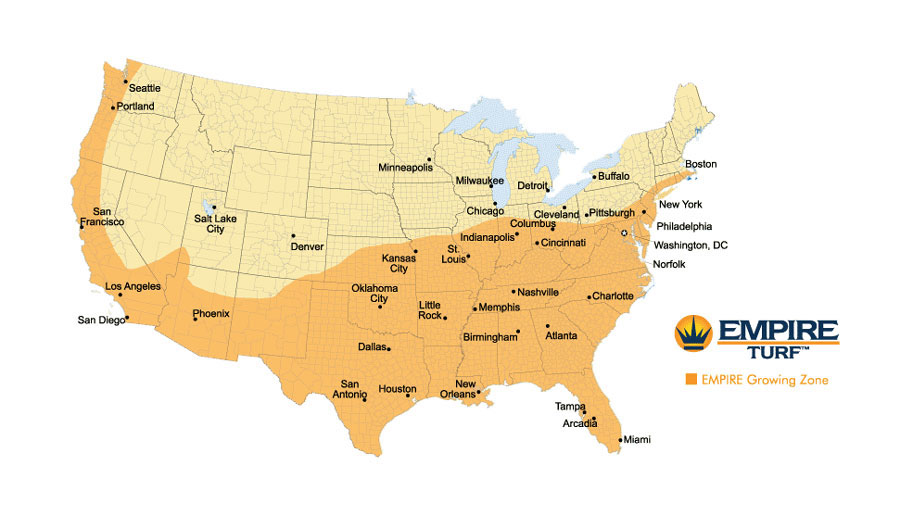 Use the following chart to identify your estimated planting dates for your zone.  To find out which zone you are located in, you can visit the USDA Plant Hardiness Zone Map.

Empire Turf® is a registered Trademark of Sod Solutions, Inc and only licensed turfgrass producers are authorized to grow Empire Turf®.